Developing logistics is an urgent requirement to develop the Cửu Long (Mekong) Delta’s economy, a conference on improving its agriculture and aquaculture value chains heard in Cần Thơ. 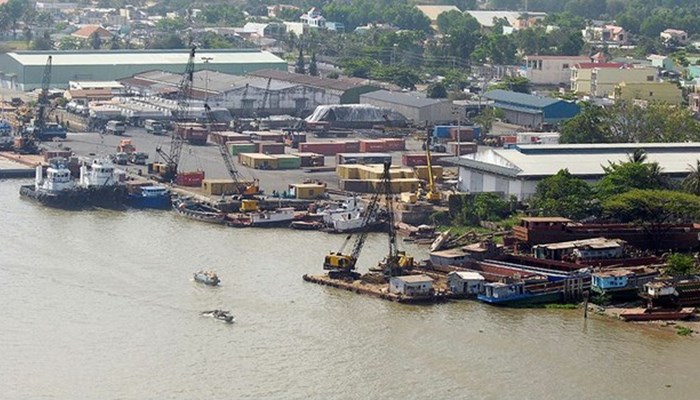 CẦN THƠ — Developing logistics is an urgent requirement to develop the Cửu Long (Mekong) Delta’s economy, a conference on improving its agriculture and aquaculture value chains heard in Cần Thơ City on Tuesday.

Nguyễn Minh Toại, director of the city’s Department of Industry and Trade, told the conference that the delta, as a paddy and aquaculture hub of the country, accounted for 40 per cent of the country’s agriculture.

The demand for transporting these products, some 17-18 million tonnes of them a year, is huge.

But 70 per cent of it is transported to ports in places like HCM City and Bà Rịa-Vũng Tàu for export, increasing costs by 10-40 per cent, the conference heard.

There is thus enormous potential to develop logistic centres in the area and attract investors to the sector, experts said.

Toại said: “Developing logistics in Cần Thơ is an urgent requirement to develop the regional economy.”

A national plan for logistics development by 2015 included two logistic centres in the region but they remain on paper, she said.

Companies blamed the logistic inadequacy in the region for pushing up costs.

It takes 30 hours to reach HCM City by river and so his company uses road transport for it, he said.

If the infrastructure sector is developed, companies can directly export from the delta and cut 30-40 per cent of their costs and become more competitive, he said.

Lê Duy Hiệp, chairman of the Việt Nam Logistics Business Association, told the conference that the delta is the country’s agricultural export hub but logistics cost them 20-25 per cent compared to 10-15 per cent in neighbouring countries.

But he warned that setting up a logistics system in the region would be highly challenging. VNS

Call our support division,
we're here for you!